My role as Archives Assistant on the Mining the Seams project has changed rather a lot in the last few months. Before lockdown my main task was to check through a variety of different records donated to us through the Coal Board and creating spreadsheets of information on them ready to add to our catalogues in the future. Since going into lockdown however, it’s felt like forever since I last held an original document and I definitely miss wondering what the next document I come across will be. Now my role mainly involves transcribing compensation forms for claims made by injured miners  and writing up draft colliery histories. Each form has the same information and this can be tedious, I must admit. However, a slight breakthrough with this came yesterday when found a fraudulent claim made by a teenage lad, including a written statement from his father to the Butterley Company (the boy’s employer), admitting his son’s guilt. Unearthing these intriguing stories is what I’ve missed the most, as they make an industrial past that I never knew seem more real and human.

The task that has kept me most sane and you can tell I’ve enjoyed doing the most is writing up blog posts. These are a mixture of ideas that I had before lockdown or at the beginning of lockdown, when I was still focusing more on research. Finding out interesting stories as always been my most favourite thing about history and I always have loved to share them, which is probably why I set up my own personal history blog a couple of years ago. Before I started this role, I must admit that I was never keen on industrial history, but the personal stories I’ve come across make it much more bearable and relatable.

The main one I’ve come across lately, and quite enjoyed, during lockdown are related to Blackwell Miner’s Welfare Football Club. A couple of their players went on to be well known professionals: Willie Foulke was Chelsea’s first ever goalkeeper and Willie Layton went on to be part of Sheffield Wednesday’s FA Cup winning team. There is a blog post on Willie Foulke that will be posted in the future so do look out for that.

I’ve never really liked football myself but one of my cousins did actually play professionally under Brian Clough for a while, until he ended up at Bradford City at the time of the famous fire. This made him leave the game to become a footballer. It’s a tangible link to how football was played just over 100 years ago, but actually some of the footballers then, especially as they were also from a working class background like my cousin, had a very similar personality and drank a lot like him too.

Despite the challenges of working from home, it does give me a much needed sense of routine. I still live at home and my mum is over 70, so we’ve had to be careful at this time. This has been very hard at times, especially when we don’t see much of people other than through a computer screen. Our dog Star has been a good companion though, but every so often though there’s still a ball dropped at your feet or barking at the evil deliveryman or postman. Much to my embarrassment, this has happened some times during conference calls, so apologies to anyone who’s had to witness that! 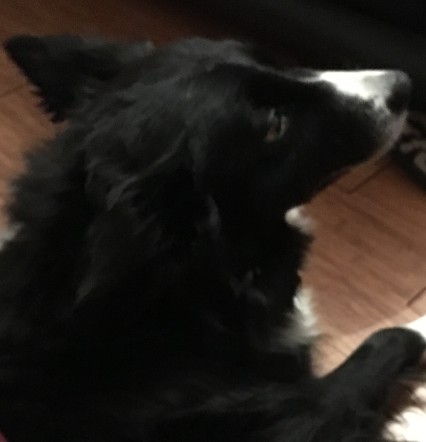 An elderly gentleman who lives on his own across the road from us has become an unexpected contact at this time. He doesn’t usually talk to anyone but after offering to help him with shopping after we finally got some online deliveries, we began to talk over the phone. My dad took over a couple of things for him and the next thing I knew, after a very tough and emotional week dealing with things, he’d sent over about 7 or 8 Royal Doulton figurines of Victorian looking women. He said they were from his late wife’s family and as he had no children of his own or anyone interested in old things, he wanted me to have them. I’ve hardly ever spoken to the man before now as life got in the way and he was usually to be found at the local Welfare Club, didn’t expect this gift at all. I must admit it made me emotional. Now though, we’re sharing print outs of Victorian history with one another.

One of the Royal Doulton figure

Despite all this, coal seems to be not far behind. When not working or doing other history related things in my spare time, I do enjoy watching TV or catching up on my rather enormous to read pile. No matter what I’m doing, there seems to be mention of either coal or collieries somewhere in all of that, so it’s become a bit of a running joke in the house that it just follows me everywhere. I do play along and make it look as if it annoys me, which it can do sometimes when I just want time to myself, but most of the time, it just reminds me of how much I miss doing my job properly.

Late last Spring I began what came to be a rather extensive piece of research into the development of the archives part of Derbyshire Record Office. After so much work I wanted to share what I had found, and on Monday we ran an event featuring a talk about the history of the archives service, an exhibition of our own archives (by which I mean the records we actually created rather than those we look after on behalf of the county) and a behind-the-scenes tour of some of the record office building. We couldn’t do the whole building as it is so big, and to be honest once you have seen one or two of our strong rooms, you have really seen the other 12 or 13 (yes, we do have 14 in total for archives and local studies).

I hope many of the people who read this blog are interested to hear how the record office has developed, and I do intend to write further posts in the future so please watch this space. For now here are a few photographs from the event

In April 1962, Miss Joan Sinar was appointed as the first County Archivist for Derbyshire. In the 55 years since this landmark was reached, whilst much has changed at the Record Office the basic principle of preserving Derbyshire’s archival heritage and providing access to it has remained constant. However, 1962 may not have been the true beginning of Derbyshire’s archive service.

On Monday 14 August, join us to find out more about the history of the Record Office and record keeping in Derbyshire. There will also be a display of original archives illustrating the development of the Derbyshire’s archival heritage, and a unique opportunity for a behind the scenes tour.