A hundred years ago this year, the building that now houses Buxton Museum was just winding up as a military hospital for Canadian First World War servicemen. Buxton Museum have just posted some fascinating new research about the museum’s hospital years.

The building that Buxton Museum and Art Gallery is housed in has a varied past, beginning its existence as a spa hotel in the 1800s before becoming a museum in the 1920s. It also had a brief lesser-known role as a war hospital. Derbyshire Museums Manager Ros Westwood sheds light on this dim chapter of Peak Building’s history:

We are often asked about the role of this building in the First World War. 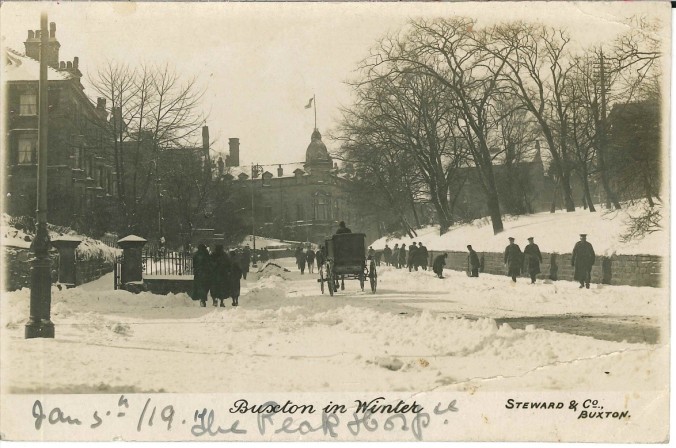 The Canadian Red Cross Hospital, Buxton opened in May 1916, under the command of Lt. Col. H.D. Johnson C.A.M.C.  He would soon be relieved by Major F. Guest (later Lt. Col.) and in…