This document (D1575/13/18) was chosen by Matthew, who is a Record Assistant at Derbyshire Record Office. Matthew says “it always reminds me of the old dog licences, which makes me smile but also feel slightly uncomfortable at the same time”. 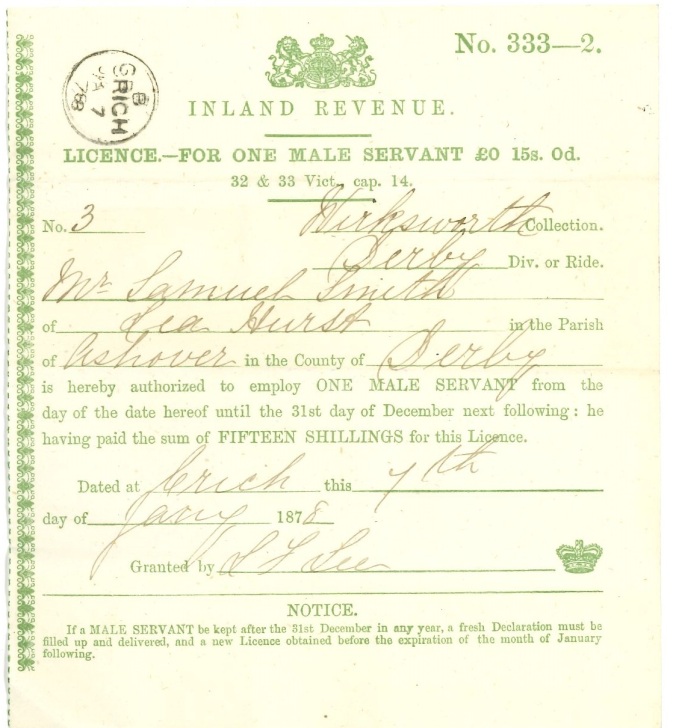 Employers needed to have licences like this one to prove they had paid the male servant duty.  This system was in operation from 1869 to 1937.  Its predecessor was a tax on male servants, dating from 1777.  Rosie Cox, author of “The Servant Problem: Domestic Employment in a Global Economy” (I B Tauris, 2006) says the tax was intended to “remove male servants from all but the most prestigious households”, making it easier to recruit men to serve in the navy during the American War of Independence.